Researching new music, gearing up for ID Music’s monthly transmission, coming up next Sunday, May 6 on Marfa Public Radio. Here are some righteous tunes we’ve unearthed in our survey, from rare Sunburned Hand of the Man side-projects to mixes of the New-Agey hip-hop beats that we touch on from time to time.

• Our friends Sun Araw and M. Geddes Gengras made a record with the Congos (yep, those Congos) down in Jamaica last year, and it’s finally out. Icon Give Thank is Nyabinghi drone gospel perfect for the next Ethiopian Zion Coptic Church picnic. The making-of documentary is up at the top there, and you can stream the tunes over at RVNG INTL.

• Two fresh “cloud rap” mixes surfaced this week, the first a 25 minute “Evolution of” mix from ID Music mainstay Clams Casino for BBC Radio 1. Starts out with his immediately recognizable hazy purple ambience for A$AP Rocky, then goes into more unfamiliar territory. The trainspotters are decoding a tracklist that already includes Actress over at Self-Titled, where you can also either stream or download the mix.

The second is a 75-minute Ryan Hemsworth mix of what the heads at Fool’s Gold are calling “spacy trap gems,” including washed-out remixes of of Main Attrakionz, Clams Casino and Araabmuzik. Listen or download at Soundcloud. [via Fool’s Gold]

• Must-read obscuro music blog Mutant Sounds posted a delight for those of us eager for new music from your favorite crust punk’s favorite jam band, Sunburned Head of the Man. It’s a 1990 side project called Balls from future Sunburned player Phil Franklin, plus someone from Gamelan Son Of Lion and a guy who would go on to be in … uh … The Presidents of the United Sates of America (?!). Three bass players and a drummer work through hypnotic rhythms that wouldn’t sound out of place on classic Sunburned albums like Jaybird or Headdress. Give it a listen at Mutant Sounds.

• The new Black Dice album, Mr. Impossible, is as good as everyone’s saying, more music in the same vein as Sunburned and Boredoms’ resinous noise vibrations. Up there with  Beaches & Canyons and Creature Comforts. Our favorite song, “Outer Body Drifter,” is accurately described by Pfork as sounding “like a couple of fun-loving dudes trying to get a party started, but their voices have been ripped from their throats and packed together into a single gooey, wholly unintelligible ball.” Yep. Listen at Soundcloud.

• Likewise, the new Actress album, R.I.P., lives up to the hype. Less suffocated techno. More shiny fractal ambience. “Shadow from Tartarus” sounds like ice tinkling off the conning tower of Porter Ricks‘ submarine after surfacing in the sparkling glare of Arctic sunlight. Preview at Honest John’s.

• We’ve also been perusing the archives at our favorite blog for ragas — Raga Blog, natch —  where we came up on these golden sitar zones from one of our favorites, Nikhil Banerjee. Perfect music when we’re hiding from the burning afternoon sun, or watching meteor showers on the back porch. Ahh. Calming down. Listen to The KPFA Tapes – Berkeley 1967 at Raga Blog.

This is material shot by Dr. Hans Jenny.

Please just enjoy.  It is all for you. 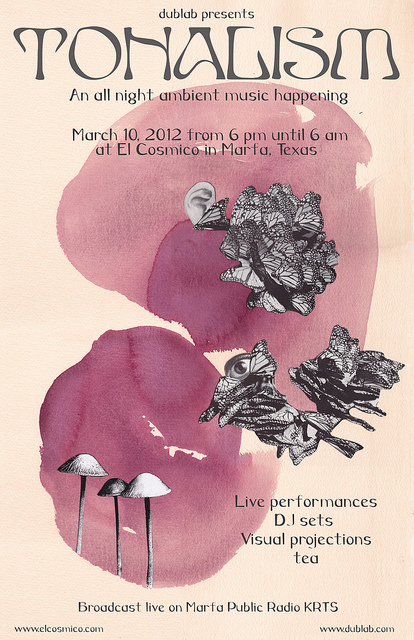 Sorry for the long absence: Hollander and I will be coming back a little more frequently here on the ID Music website if all goes according to plan. To start off with, here’s my setlist from this weekend’s sublime Tonalism happening out at El Cosmico. 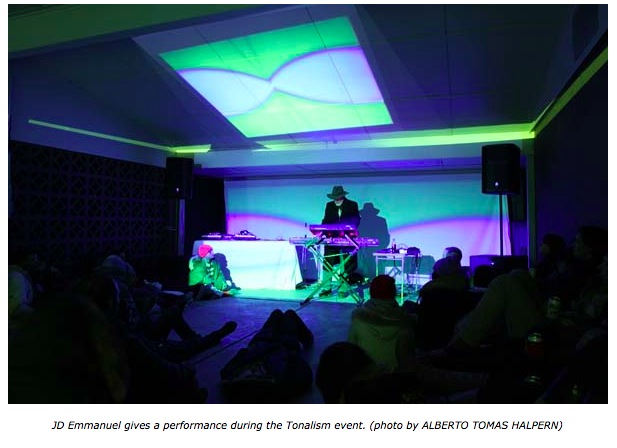 Super stoked that everybody was feeling the Dead bootleg. Favorite moment came when OG Houston Synth Guru JD Emmanuel comes up during the opening guitars of “Scarlet Fire” and he’s like, “Phish or Umphrey’s McGee?” Dude is so down. It was an absolute lifetime DJ highlight to provide the bridge between Sun Araw’s undulating free-form meditation soundtrack and JD’s epic healing synth session. Here’s what I played. 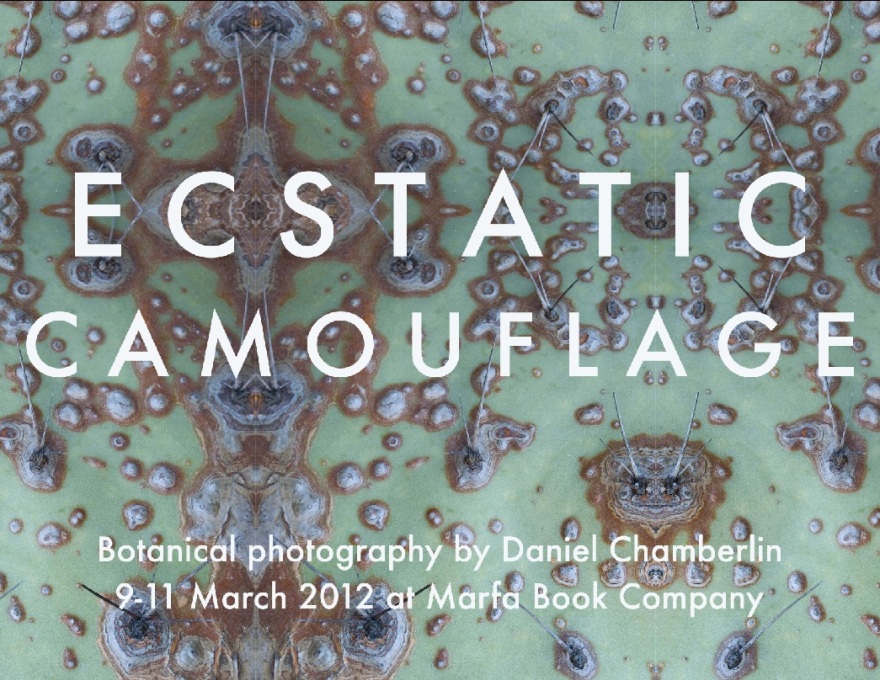 More at Into the Green. 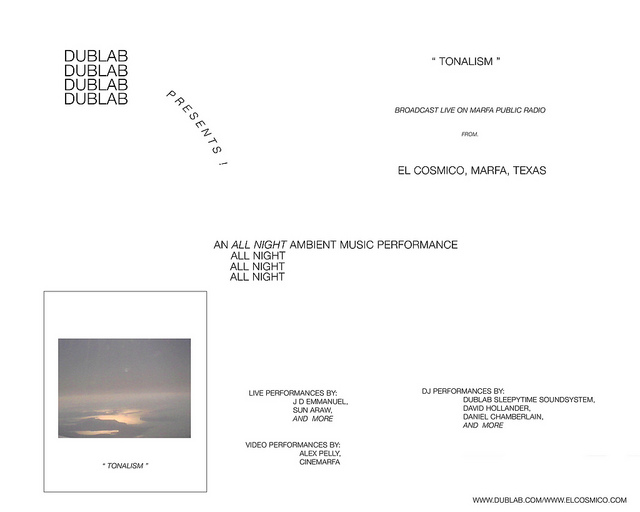 Posted on May 11, 2011May 11, 2011 Posted in UncategorizedTagged Brunch Groupe, Not Not Fun, RangersLeave a comment

Artist-endorsed fan video for “Zombies (Day)” the first sampling from Rangers self-titled double LP, forthcoming from Not Not Fun later this summer (via Brunch Blog). 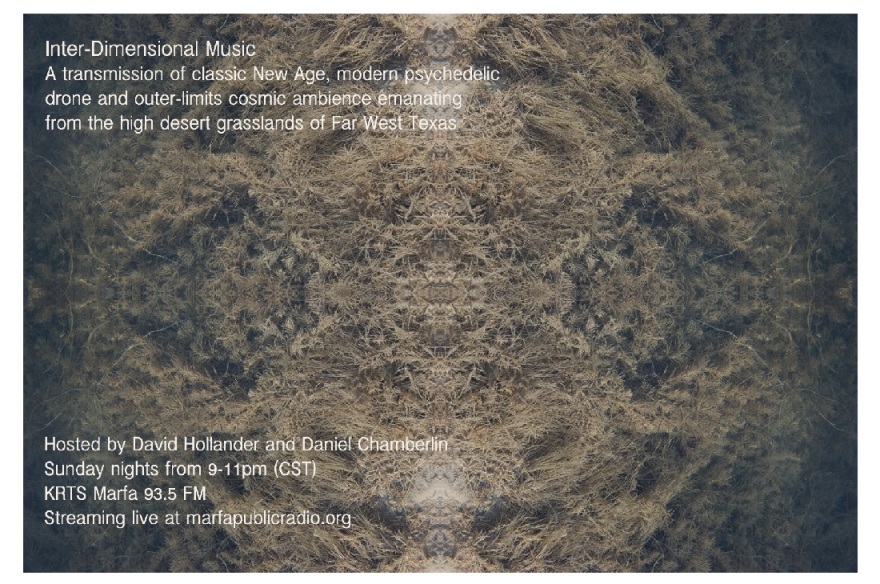 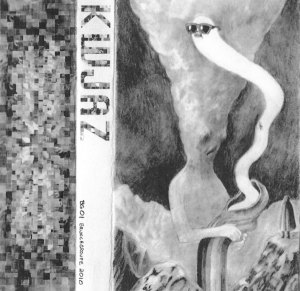 KWJAZ is the self-titled first release off of RANGERS‘ Brunch Groupe label. Cassette sold out quick, vinyl due on Not Not Fun this summer. In the meantime it’s starting to pop up online …

We’re totally mesmerized, as are plenty of the cassette-psych underground bloggers out there (Simon Reynolds shouting it out too). Undulating fog production similar to Rangers, but less guitar and more jingle-jangle meandering-percussion and smooth-ethno-ambient-jazz vibes warping through the haze of two 20-minute sides. Simultaneously one of the most pleasant and utterly disorienting things we’ve heard in quite awhile. Like Rangers or Sun Araw there’s plenty of easy reference points (the dude says he likes Dilla, Reynolds hears Jon Hassell, sounds to our ears like a bossa-friendly cousin to mellow Marble Surf-mode James Ferraro), but none of that captures the whole of this weird new sound.

Perhaps represented best by its cover art: Some kind of monolithic root-beast casts its sad gaze downward as a cartoon smoke-worm evacuates the empty husk in its arms, a toothy grimace showing under its Ray-Bans. Cloaked figure looks on from nearby ledge. Yeah, that’s kinda what this sounds like.

Probably gonna get some play on Inter-Dimensional Music this Sunday on KRTS. Until then, here’s Keyboard Cat sitting in with KWJAZ.